Some of my readers may never need a patent, however, this is a story that should be told since some of you may venture into the realm of patents at some point in time during your business development and expansion.

Back in the 1990’s, I had more time on my hands than anything else. I used that time to sketch and perfect my skills in what I love to do (Creative Design). I spent 4 months creating a blueprint and sample specs for an amphibious, inner-steller, and outer-steller craft that could transport both; people and cargo.

This was the first blueprint project I had ever done and I was stoked when I finally completed it. I put the blueprints up on the wall to admire for another month (after completion), dreaming about what it would look like when I could afford to manufacture it in real life. Ahh… Nothing like young dreams!

Eventually, I came to the reality that I wasn’t going to be able to raise the capital for such a large project myself and got the bright idea to try and partner with a large aircraft manufacturing company with military contracts. They would surely be able to help me get things moving in the right direction. Right?

Are you ready for a punch to the gut? I wasn’t either! So there I was, young and full of excitement, but missing a key element to my process. I had no clue what a patent was or that I might need one to protect myself. Like a silly youngster, I contacted Boeing and followed their instructions to send them the blueprints for review (Without a patent).

Three weeks later, I get a small box in the mail from Boeing (You can imagine my excitement seeing their brand on the box). Inside this box was the following:

I was so happy! I wore those tie tacks with pride for a year before I started to realize I wasn’t ever getting a callback. Now, don’t get me wrong, they may have never used any aspect of my blueprint design, I genuinely have no clue if anything was incorporated into other projects they developed. To this day (20+ years later), still no call.

I would like to think that they decided they had no need for my idea, however, I can’t help but think if it would have been different if I got my blueprint patented first before sending it to them. Maybe I would have gotten more than gold and silver tie tacks?

At the end of the day, it was my own fault and oversight for not patenting my idea.

I have no bad feelings about how everything transpired (It was my fault) and actually just had a client last year that is a Boeing subsidiary. I assisted with re-illustrating the Blueprint of the Boeing E-4 – Air Command center designed for U.S. Air Force Operations. It was a fun project!

The moral of my story is to help my readers avoid making the same mistake I did. If you have an idea in your head or on paper, you need to consult with a licensed patent attorney and get the paperwork filed a.s.a.p.!

The following is the proper process I should have implemented in the 90’s, but it’s not too late for you to implement it for one of your ideas today.

I suggest consulting with the following patent attorney (If you haven’t got one already): Stevan Lieberman with Greenberg and Lieberman

Steps Readers Should Take To Patent An Idea

Well, I know it is obvious, but I am going to say it anyway – write your idea down on paper or draw it up like I did in a blueprint. No particular method of getting your idea across is required and you do not have to create your idea, but you do have to provide some info to your patent attorney or patent agent — as they just can’t read your mind. And, of course, you do want them to understand what you are talking about. There are other advantages to putting your idea down on paper, but I will get to them later.

Before I go any further let me give you some vocabulary.

A Provisional Patent Application (PPA) is a filing with the United States Patent Office that gets you patent-pending, re-gives you a priority date, but which will never become an issued patent. It must be upgraded within one year of its filing to a non-provisional Utility type filing or a PCT. Provisionals sole requirement is that the idea be enabled in the filing, re someone else who is skilled in the (Art) area of science or technology can read the filing and then walk to their work bench and create the invention.

A non-provisional Utility type filing is a filing that is lodged with the US or another government around the world (this includes the EPO) which has claimed and follows all of the specifications required for this type of filing. This type of filing will be examined and may become an issued patent. If it does not go right through (which is not something you want in most instances), it will receive an objection to registration (usually called an office action in the US) based on 35 U.S.C. 101 (Patentability), 102 (Novelty), 103 (Obviousness) or 112 (enablement). The basis for objections outside the US when you have a national stage filing in other countries is similar but not exactly the same as in the US — and of course, falls under different statutes and laws. (For instance, in the UK, a patent is not valid if it lacks: Novelty (anticipation similar to our 102), Inventive steps (obviousness – similar to our 103), Industrial applicability (it means there must be some sort of use for it), Pertaining to excluded subject matter (there is a long list), Lack of title (the wrong person is in the title), Insufficiency (roughly the same as our 112)). Once all objections are overcome, then the patent will issue. Until the patent issues, you do not have the right to sue based on infringement of your idea.

Patent Cooperation Treaty filing (PCT) is roughly the same as the provisional above in that it will not ever become an issued patent. It, however, gives you an additional year and a half before you must file your national stage filings (in the US or any other member country — for most countries). The International Authorities will carry out a search, prepare a written opinion and transmit their report to the World Intellectual Property Offices (WIPO) and the PCT office will send you or your attorney or agent a copy of that report.

So once your patent attorney or agent receives the details pertaining to your idea, he might suggest you file immediately (it is a race to the patent office – re whoever gets the idea filed first almost always wins) if there is a chance that someone else knows about your idea or if you are going to publicize it shortly. He might suggest a patent search to find out what is out there. If you have the time, a patent search is a very good idea. It will let you and your attorney or agent have some look at what is already out there if you should bother spending the money on filing a patent, and the best way to file if you are going to move forward.

Whether you are filing a provisional, non-provisional utility, or PCT, give your attorney or agent as much material as you can — and try to elucidate for him all of the different ways to enable your idea. The idea is to try to obtain the broadest patent possible.

When filing a provisional, it is often best to put as much as you can into the provisional even if you think there are multiple ideas/patents there, as it can be separated out later when you get to the Utility stage (this is called a restriction where the patent office will ask you to choose one of the ideas and require you pay the filing fees for the others if you want to patent them too).

When filing a non-provisional utility, expect to get a couple of office actions. Once your patent is allowed with any claims, it is often better to accept those claims, and then to have your attorney file a continuation — which means that he will be filing the same patent application and ask for more claims to be allowed. If you improve your idea after the patent application has been filed, then you cannot add on the new ideas, and instead, need to file a continuation-in-part (CIP) to add on those ideas. You can only do the latter if your original patent has not yet issued.

Once your patent is filed then you can go out and show your idea to third parties without fear that they will steal it and you can even tell them you are patent pending. If you are creating software code you can now and should file copyrights. If you are going to market your idea then you will need to go through the patent process. If you are going to have employees then you will need contracts that protect your trade secrets. I will tell you more about all of the latter in future articles. 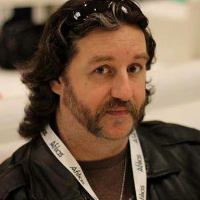 Since 1996, Eric has managed companies with 240+ employees, online communities with over 1 million members, attended numerous industry related events/conventions and has personally worked with start-ups, personalities, small mom and pop businesses, corporations, freelancers, news outlets, and a variety of domain investors one-on-one from all over the world. That equates to a lot of years behind the scenes with his fingers firmly on the pulse of multiple industries.

Entrepreneur, Freelancer, Domain Investor/Developer, Brand Designer, Brand Manager, Founder of Scorpion Agency™, Founder of OfficeDrift™, And A Father. Since 1996, Eric has managed companies with 240+ employees, online communities with over 1 million members, attended numerous industry related events/conventions and has personally worked with start-ups, personalities, small mom and pop businesses, corporations, freelancers, news outlets, and a variety of domain investors one-on-one from all over the world. That equates to a lot of years behind the scenes with his fingers firmly on the pulse of multiple industries. LinkedIn: Profile/Resume - FaceBook: Profile/Social